ACADIA Pharmaceuticals (NASDAQ:ACAD – Get Rating) was upgraded by equities research analysts at Jefferies Financial Group from a “hold” rating to a “buy” rating in a report issued on Thursday, FinViz reports. The firm currently has a $25.00 target price on the biopharmaceutical company’s stock. Jefferies Financial Group’s price objective would indicate a potential upside of 33.19% from the company’s previous close. 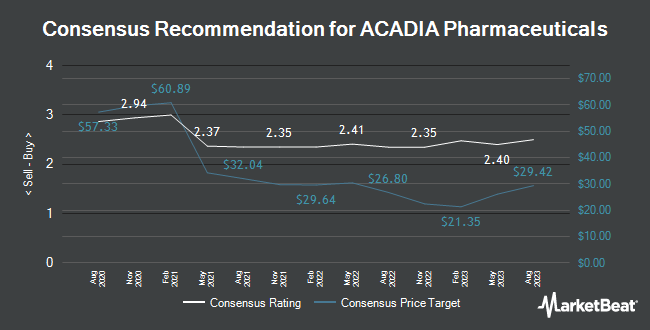