Southwestern Energy (NYSE:SWN – Get Rating) last released its quarterly earnings results on Thursday, April 28th. The energy company reported $0.40 EPS for the quarter, beating the consensus estimate of $0.36 by $0.04. Southwestern Energy had a negative net margin of 32.56% and a positive return on equity of 203.77%. The business had revenue of $2.94 billion for the quarter, compared to analysts’ expectations of $1.75 billion. During the same period in the prior year, the firm earned $0.29 earnings per share. Southwestern Energy’s revenue was up 174.5% compared to the same quarter last year. 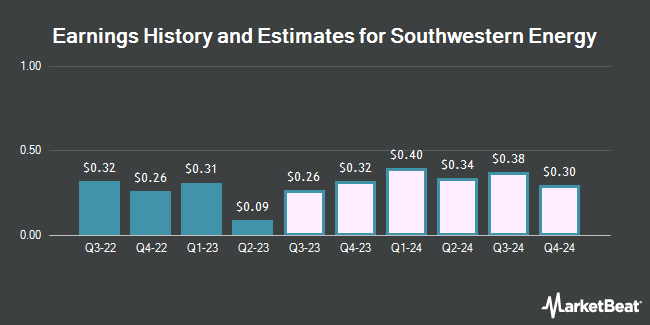