Formula One Group (FWONA) Scheduled to Post Earnings on Friday

Formula One Group (NASDAQ:FWONA – Get Rating) will release its earnings data before the market opens on Friday, August 5th. Persons that are interested in participating in the company’s earnings conference call can do so using this link.

In other news, major shareholder Gamco Investors, Inc. Et Al purchased 2,000 shares of the company’s stock in a transaction that occurred on Monday, June 27th. The shares were acquired at an average cost of $25.00 per share, with a total value of $50,000.00. Following the purchase, the insider now owns 12,000 shares in the company, valued at $300,000. The acquisition was disclosed in a document filed with the Securities & Exchange Commission, which is available at this hyperlink. In the last three months, insiders have bought 3,500 shares of company stock valued at $89,180. 4.83% of the stock is owned by company insiders.

Institutional Trading of Formula One Group

A hedge fund recently bought a new stake in Formula One Group stock. MetLife Investment Management LLC acquired a new position in Formula One Group (NASDAQ:FWONA – Get Rating) in the 1st quarter, according to its most recent Form 13F filing with the Securities & Exchange Commission. The institutional investor acquired 479 shares of the company’s stock, valued at approximately $30,000. Institutional investors own 9.88% of the company’s stock.

About Formula One Group 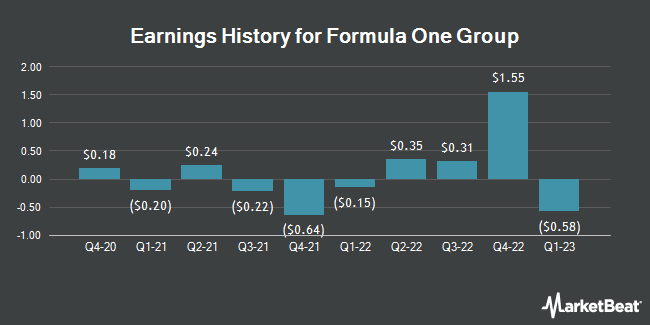