Beasley Broadcast Group (NASDAQ:BBGI – Get Rating) is scheduled to issue its quarterly earnings data before the market opens on Monday, August 1st. Analysts expect the company to announce earnings of ($0.06) per share for the quarter. Parties interested in listening to the company’s conference call can do so using this link.

Separately, StockNews.com initiated coverage on shares of Beasley Broadcast Group in a report on Sunday, July 24th. They set a “hold” rating for the company.

Beasley Broadcast Group, Inc, a multi-platform media company, owns and operates radio stations in the United States. It also operates Houston Outlaws, an esports team that competes in the Overwatch League. The company was founded in 1961 and is headquartered in Naples, Florida. 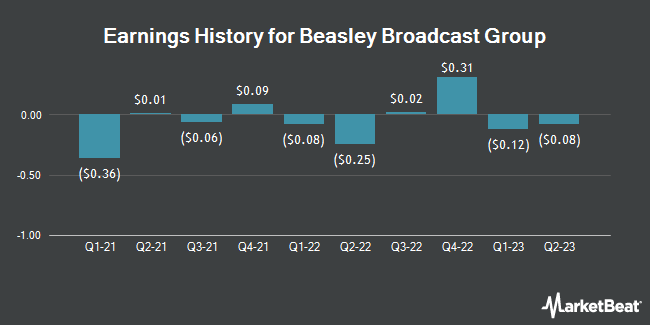 Complete the form below to receive the latest headlines and analysts' recommendations for Beasley Broadcast Group with our free daily email newsletter: