In other news, major shareholder Venrock Healthcare Capital Par sold 60,000 shares of the business’s stock in a transaction dated Tuesday, July 12th. The stock was sold at an average price of $0.89, for a total value of $53,400.00. Following the sale, the insider now directly owns 20,637,286 shares in the company, valued at $18,367,184.54. The sale was disclosed in a filing with the SEC, which is accessible through the SEC website. Corporate insiders own 3.67% of the company’s stock.

VistaGen Therapeutics, Inc, a clinical-stage biopharmaceutical company, engages in developing and commercializing various medicines with the potential to care for anxiety, depression, and other disorders of the central nervous system (CNS). The company's CNS pipeline includes PH94B, a rapid-onset neuroactive nasal spray, which is in preparation for Phase III development for the acute treatment of anxiety in adults with social anxiety disorder.

Want to see what other hedge funds are holding VTGN? Visit HoldingsChannel.com to get the latest 13F filings and insider trades for VistaGen Therapeutics, Inc. (NASDAQ:VTGN – Get Rating). 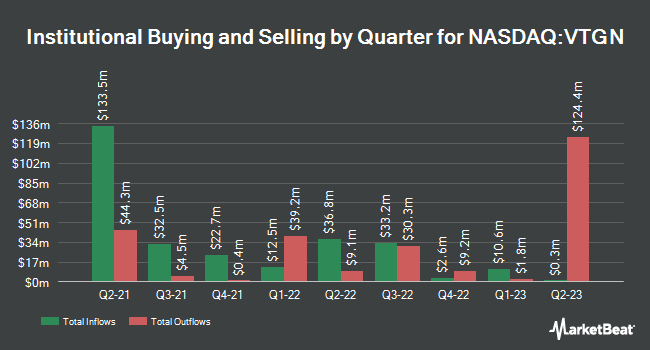 Complete the form below to receive the latest headlines and analysts' recommendations for VistaGen Therapeutics with our free daily email newsletter: