Avaya (NYSE:AVYA – Get Rating) was downgraded by investment analysts at Craig Hallum from a “buy” rating to a “hold” rating in a report issued on Friday, MarketBeat reports.

Avaya (NYSE:AVYA – Get Rating) last posted its quarterly earnings data on Tuesday, May 10th. The company reported $0.43 earnings per share (EPS) for the quarter, missing analysts’ consensus estimates of $0.50 by ($0.07). The firm had revenue of $716.00 million during the quarter, compared to the consensus estimate of $737.62 million. Avaya had a positive return on equity of 51.82% and a negative net margin of 0.62%. Avaya’s revenue for the quarter was down 3.0% compared to the same quarter last year. During the same quarter last year, the company posted $0.60 EPS. Research analysts predict that Avaya will post 1.62 earnings per share for the current fiscal year.

Institutional Investors Weigh In On Avaya 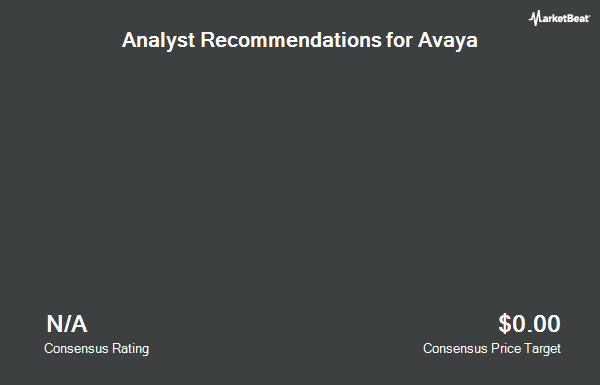