Freeport-McMoRan Inc. (NYSE:FCX – Get Rating) Director Sara Grootwassink Lewis acquired 3,000 shares of Freeport-McMoRan stock in a transaction on Wednesday, August 3rd. The stock was acquired at an average cost of $28.79 per share, for a total transaction of $86,370.00. Following the completion of the purchase, the director now owns 13,800 shares of the company’s stock, valued at approximately $397,302. The transaction was disclosed in a legal filing with the Securities & Exchange Commission, which can be accessed through the SEC website.

Freeport-McMoRan (NYSE:FCX – Get Rating) last posted its earnings results on Thursday, July 21st. The natural resource company reported $0.58 EPS for the quarter, missing analysts’ consensus estimates of $0.89 by ($0.31). The firm had revenue of $5.42 billion for the quarter, compared to the consensus estimate of $6.20 billion. Freeport-McMoRan had a net margin of 20.08% and a return on equity of 22.04%. The firm’s revenue was down 5.8% compared to the same quarter last year. During the same quarter in the prior year, the company posted $0.77 earnings per share. On average, research analysts forecast that Freeport-McMoRan Inc. will post 3.24 EPS for the current year.

The company also recently declared a quarterly dividend, which was paid on Monday, August 1st. Stockholders of record on Friday, July 15th were paid a dividend of $0.15 per share. The ex-dividend date was Thursday, July 14th. This represents a $0.60 annualized dividend and a dividend yield of 2.09%. Freeport-McMoRan’s dividend payout ratio is currently 9.12%.

Hedge Funds Weigh In On Freeport-McMoRan 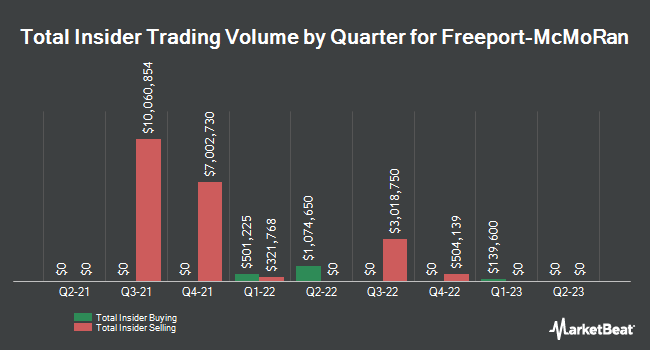