Cumulus Media (NASDAQ:CMLS – Get Rating) last announced its quarterly earnings data on Wednesday, May 4th. The company reported ($0.04) earnings per share for the quarter, topping the consensus estimate of ($0.38) by $0.34. Cumulus Media had a return on equity of 5.50% and a net margin of 5.51%. The business had revenue of $232.03 million during the quarter, compared to the consensus estimate of $227.20 million. 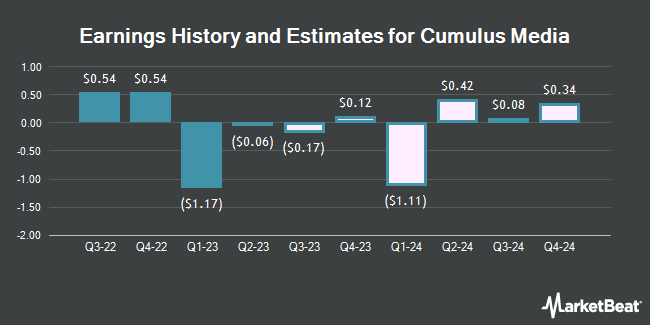