Swiss National Bank increased its position in Dada Nexus Limited (NASDAQ:DADA – Get Rating) by 12.6% in the first quarter, according to its most recent 13F filing with the SEC. The firm owned 161,247 shares of the company’s stock after purchasing an additional 18,100 shares during the period. Swiss National Bank owned about 0.07% of Dada Nexus worth $1,472,000 at the end of the most recent reporting period.

Dada Nexus (NASDAQ:DADA – Get Rating) last released its quarterly earnings data on Monday, August 22nd. The company reported ($1.64) earnings per share (EPS) for the quarter, missing the consensus estimate of ($0.27) by ($1.37). Dada Nexus had a negative net margin of 32.69% and a negative return on equity of 36.81%. During the same quarter last year, the business posted ($0.42) earnings per share. As a group, equities analysts anticipate that Dada Nexus Limited will post -0.94 EPS for the current year.

DADA has been the topic of several research reports. JPMorgan Chase & Co. upgraded shares of Dada Nexus from a “neutral” rating to an “overweight” rating and upped their price objective for the company from $7.50 to $10.00 in a research note on Monday, May 16th. Mizuho lowered their price target on shares of Dada Nexus from $18.00 to $16.50 in a report on Tuesday, May 17th. Six equities research analysts have rated the stock with a buy rating, Based on data from MarketBeat.com, Dada Nexus presently has an average rating of “Buy” and an average target price of $24.05. 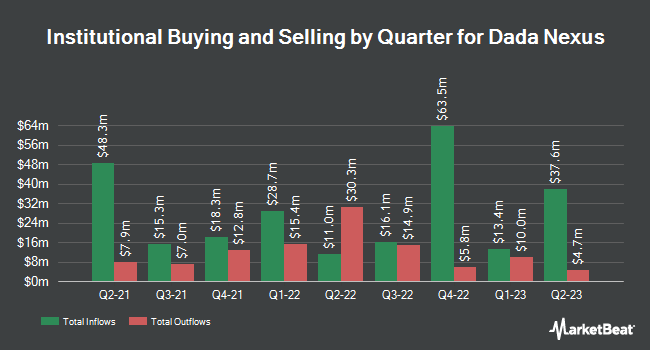