Sodexo SA develops, manages, and delivers on-site, benefits and rewards, and personal and home services worldwide. It provides various on-site services, including business and administration, which covers corporate, energy and resources, government and agencies, sports and leisure, and other customers; healthcare and seniors; and education services comprising schools and universities. 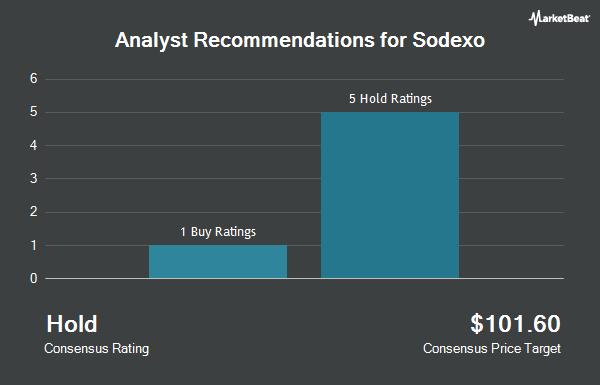 Receive News & Ratings for Sodexo Daily - Enter your email address below to receive a concise daily summary of the latest news and analysts' ratings for Sodexo and related companies with MarketBeat.com's FREE daily email newsletter.

Complete the form below to receive the latest headlines and analysts' recommendations for Sodexo with our free daily email newsletter: