Six Flags Entertainment Co. (NYSE:SIX – Get Rating) Director Arik W. Ruchim bought 50,000 shares of the stock in a transaction on Monday, September 12th. The shares were acquired at an average price of $23.89 per share, with a total value of $1,194,500.00. Following the purchase, the director now owns 10,550,000 shares of the company’s stock, valued at $252,039,500. The acquisition was disclosed in a document filed with the Securities & Exchange Commission, which is available at this link. 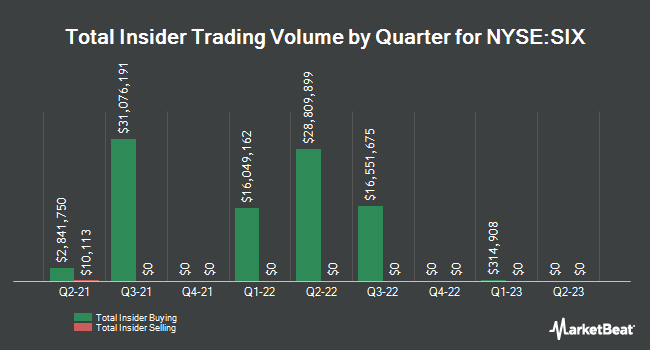