Credit Suisse Group upgraded shares of GSK (NYSE:GSK – Get Rating) from an underperform rating to a neutral rating in a research note issued to investors on Thursday, MarketBeat.com reports.

The business also recently announced a quarterly dividend, which will be paid on Thursday, October 6th. Stockholders of record on Friday, August 19th will be paid a $0.383 dividend. The ex-dividend date of this dividend is Thursday, August 18th. This represents a $1.53 dividend on an annualized basis and a dividend yield of 4.94%. This is a positive change from GSK’s previous quarterly dividend of $0.35. GSK’s dividend payout ratio (DPR) is 50.66%.

Institutional Investors Weigh In On GSK

GSK plc, together with its subsidiaries, engages in the creation, discovery, development, manufacture, and marketing of pharmaceutical products, vaccines, over-the-counter medicines, and health-related consumer products in the United Kingdom, the United States, and internationally. It operates through four segments: Pharmaceuticals, Pharmaceuticals R&D, Vaccines, and Consumer Healthcare. 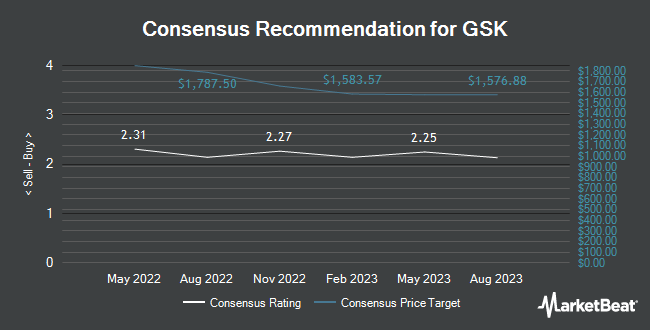 Receive News & Ratings for GSK Daily - Enter your email address below to receive a concise daily summary of the latest news and analysts' ratings for GSK and related companies with MarketBeat.com's FREE daily email newsletter.

Complete the form below to receive the latest headlines and analysts' recommendations for GSK with our free daily email newsletter: