ConocoPhillips (NYSE:COP – Get Rating) EVP Nicholas G. Olds sold 10,950 shares of the firm’s stock in a transaction on Wednesday, September 14th. The stock was sold at an average price of $116.52, for a total transaction of $1,275,894.00. The sale was disclosed in a document filed with the SEC, which is available through this link.

ConocoPhillips (NYSE:COP – Get Rating) last released its quarterly earnings results on Thursday, August 4th. The energy producer reported $3.91 EPS for the quarter, missing analysts’ consensus estimates of $3.95 by ($0.04). ConocoPhillips had a return on equity of 31.24% and a net margin of 23.10%. During the same quarter in the prior year, the company earned $1.27 EPS. On average, analysts forecast that ConocoPhillips will post 14.68 earnings per share for the current fiscal year. 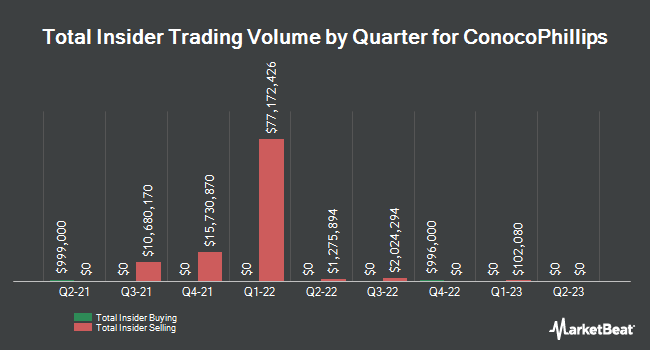