Boralex Inc. (TSE:BLX – Get Rating) has been assigned an average recommendation of “Moderate Buy” from the twelve brokerages that are currently covering the stock, Marketbeat.com reports. Three research analysts have rated the stock with a hold recommendation and four have given a buy recommendation to the company. The average 12 month price target among brokers that have updated their coverage on the stock in the last year is C$49.75.

Boralex (TSE:BLX – Get Rating) last announced its quarterly earnings data on Wednesday, August 3rd. The company reported C$0.10 earnings per share for the quarter, beating analysts’ consensus estimates of C$0.08 by C$0.02. The firm had revenue of C$168.00 million during the quarter, compared to analyst estimates of C$176.80 million. Equities analysts expect that Boralex will post 1.16 earnings per share for the current year.

Insider Buying and Selling at Boralex

In other Boralex news, Director Dany St-Pierre acquired 1,530 shares of the company’s stock in a transaction on Wednesday, September 7th. The shares were bought at an average cost of C$46.21 per share, with a total value of C$70,695.96. Following the completion of the acquisition, the director now owns 1,530 shares in the company, valued at C$70,695.96. 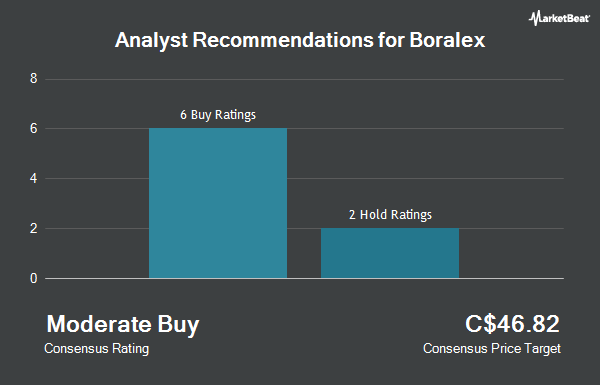 Receive News & Ratings for Boralex Daily - Enter your email address below to receive a concise daily summary of the latest news and analysts' ratings for Boralex and related companies with MarketBeat.com's FREE daily email newsletter.

Complete the form below to receive the latest headlines and analysts' recommendations for Boralex with our free daily email newsletter: