Sumo Logic, Inc. (NASDAQ:SUMO – Get Rating) Director Christian Beedgen sold 6,627 shares of the company’s stock in a transaction that occurred on Thursday, September 15th. The shares were sold at an average price of $8.80, for a total transaction of $58,317.60. Following the completion of the transaction, the director now owns 2,246,523 shares in the company, valued at approximately $19,769,402.40. The transaction was disclosed in a filing with the SEC, which is accessible through the SEC website.

Sumo Logic (NASDAQ:SUMO – Get Rating) last released its quarterly earnings results on Thursday, August 25th. The company reported ($0.10) earnings per share for the quarter, beating analysts’ consensus estimates of ($0.14) by $0.04. Sumo Logic had a negative return on equity of 28.29% and a negative net margin of 49.82%. The business had revenue of $74.10 million for the quarter, compared to the consensus estimate of $71.55 million. During the same quarter last year, the business posted ($0.24) earnings per share. The company’s revenue for the quarter was up 26.0% on a year-over-year basis. On average, research analysts forecast that Sumo Logic, Inc. will post -1.22 earnings per share for the current fiscal year. 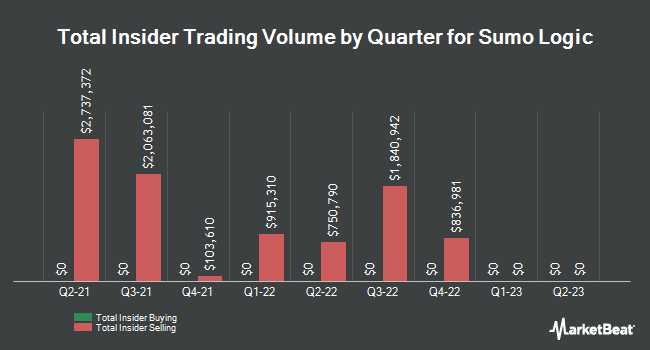 LG Display vs. The Competition Head to Head Analysis

Complete the form below to receive the latest headlines and analysts' recommendations for Sumo Logic with our free daily email newsletter: