American Electric Power (NASDAQ:AEP – Get Rating) had its target price lowered by Morgan Stanley from $118.00 to $116.00 in a research note released on Thursday morning, Stock Target Advisor reports. The brokerage currently has an overweight rating on the stock.

The company also recently announced a quarterly dividend, which was paid on Friday, September 9th. Shareholders of record on Wednesday, August 10th were issued a $0.78 dividend. The ex-dividend date of this dividend was Tuesday, August 9th. This represents a $3.12 annualized dividend and a yield of 3.16%. American Electric Power’s dividend payout ratio (DPR) is presently 61.30%. 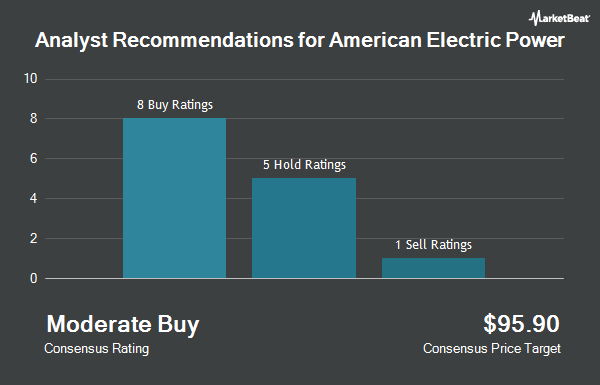