Pearson (LON:PSON – Get Rating) had its target price lifted by Berenberg Bank from GBX 742 ($8.97) to GBX 780 ($9.42) in a note issued to investors on Friday, MarketBeat Ratings reports. The brokerage currently has a “hold” rating on the stock. Berenberg Bank’s price target would indicate a potential downside of 9.62% from the company’s previous close. 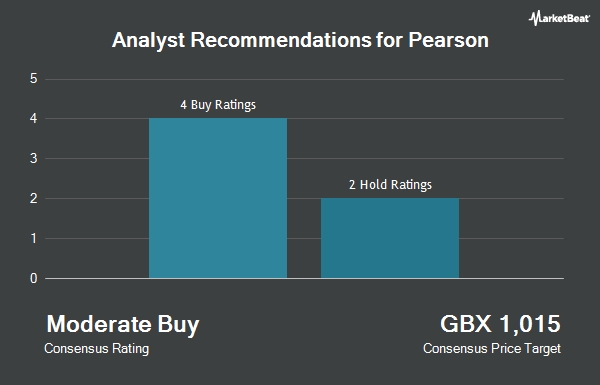