Shares of Eutelsat Communications S.A. (OTCMKTS:ETCMY – Get Rating) have earned a consensus rating of “Hold” from the six ratings firms that are covering the company, Marketbeat reports. Two equities research analysts have rated the stock with a sell recommendation, three have issued a hold recommendation and one has given a buy recommendation to the company. The average 12-month price objective among brokerages that have issued a report on the stock in the last year is $10.08.

Eutelsat Communications SA engages in the operation of telecommunication satellites for the digital communications markets. It provides video services, such as broadcast DTH, distribution, HD and ultra HD channels, and occasional use services; connectivity services; and Internet of Things and low earth orbit solutions. 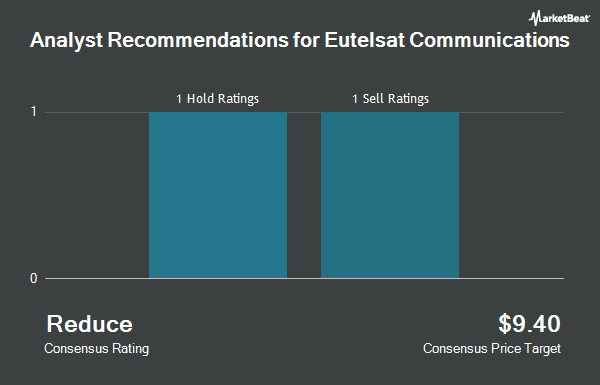 Complete the form below to receive the latest headlines and analysts' recommendations for Eutelsat Communications with our free daily email newsletter: