Eledon Pharmaceuticals (NASDAQ:ELDN – Get Rating) will issue its quarterly earnings data after the market closes on Monday, November 14th. Analysts expect the company to announce earnings of ($0.68) per share for the quarter. Parties interested in registering for the company’s conference call can do so using this link.

Separately, HC Wainwright reissued a “buy” rating and issued a $25.00 target price on shares of Eledon Pharmaceuticals in a research report on Tuesday, August 2nd.

Eledon Pharmaceuticals, Inc, clinical stage biopharmaceutical company, focuses on developing medicines for the patients living with autoimmune disease and amyotrophic lateral sclerosis (ALS), and requiring an organ or cell-based transplant. Its lead product candidate includes AT-1501, a humanized monoclonal antibody to target CD40 Ligand that is a molecule expressed on the surface of human immune system T cells, which is in Phase 2a clinical trials for the treatment of ALS, and Phase 2 clinical trials in islet cell transplantation for the treatment of type 1 diabetes. 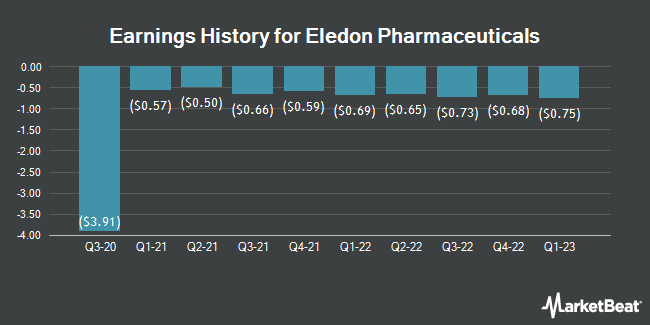 Complete the form below to receive the latest headlines and analysts' recommendations for Eledon Pharmaceuticals with our free daily email newsletter: