Connor Clark & Lunn Investment Management Ltd. acquired a new position in shares of Star Group, L.P. (NYSE:SGU – Get Rating) in the 2nd quarter, according to the company in its most recent Form 13F filing with the Securities and Exchange Commission. The fund acquired 11,932 shares of the pipeline company’s stock, valued at approximately $109,000.

The business also recently announced a quarterly dividend, which was paid on Tuesday, November 8th. Stockholders of record on Monday, October 31st were issued a $0.1525 dividend. The ex-dividend date was Friday, October 28th. This represents a $0.61 dividend on an annualized basis and a dividend yield of 7.03%. Star Group’s payout ratio is presently 50.83%.

SGU has been the subject of several recent research reports. StockNews.com initiated coverage on Star Group in a report on Wednesday, October 12th. They issued a “buy” rating for the company. TheStreet cut Star Group from a “b-” rating to a “c+” rating in a report on Tuesday, September 27th. 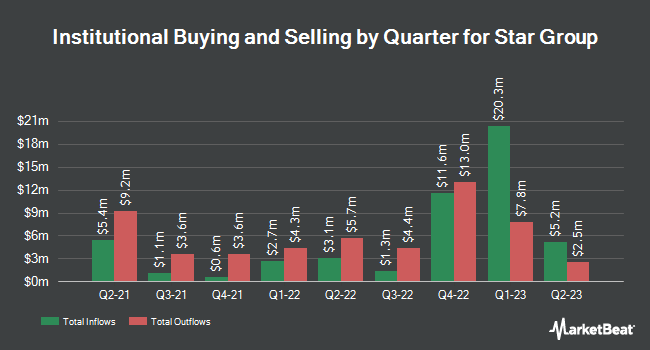 Complete the form below to receive the latest headlines and analysts' recommendations for Star Group with our free daily email newsletter: