SG Americas Securities LLC bought a new position in Northwest Pipe (NASDAQ:NWPX – Get Rating) during the 2nd quarter, according to its most recent disclosure with the Securities and Exchange Commission (SEC). The firm bought 4,619 shares of the industrial products company’s stock, valued at approximately $138,000.

Separately, StockNews.com started coverage on Northwest Pipe in a research report on Wednesday, October 12th. They set a “hold” rating for the company.

Want to see what other hedge funds are holding NWPX? Visit HoldingsChannel.com to get the latest 13F filings and insider trades for Northwest Pipe (NASDAQ:NWPX – Get Rating). 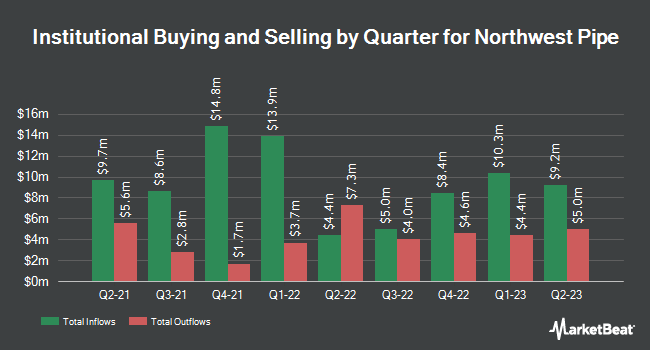 Complete the form below to receive the latest headlines and analysts' recommendations for Northwest Pipe with our free daily email newsletter: