M&T Bank Corp lessened its position in Textainer Group Holdings Limited (NYSE:TGH – Get Rating) by 6.5% in the second quarter, according to the company in its most recent Form 13F filing with the Securities and Exchange Commission (SEC). The fund owned 11,815 shares of the transportation company’s stock after selling 824 shares during the period. M&T Bank Corp’s holdings in Textainer Group were worth $323,000 as of its most recent SEC filing.

Separately, StockNews.com began coverage on shares of Textainer Group in a research report on Wednesday, October 12th. They set a “buy” rating for the company.

The firm also recently disclosed a quarterly dividend, which will be paid on Thursday, December 15th. Stockholders of record on Friday, December 2nd will be given a $0.25 dividend. This represents a $1.00 annualized dividend and a dividend yield of 3.23%. The ex-dividend date of this dividend is Thursday, December 1st. Textainer Group’s payout ratio is currently 16.16%.

Textainer Group Holdings Limited, through its subsidiaries, purchases, owns, manages, leases, and disposes a fleet of intermodal containers worldwide. It operates through three segments: Container Ownership, Container Management, and Container Resale. The company's containers include standard and specialized dry freight, and refrigerated containers, as well as other special-purpose containers, which include tank, 45', pallet-wide, and other types of containers.

Want to see what other hedge funds are holding TGH? Visit HoldingsChannel.com to get the latest 13F filings and insider trades for Textainer Group Holdings Limited (NYSE:TGH – Get Rating). 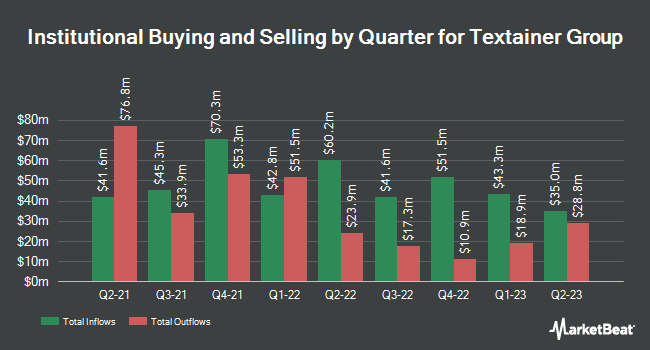 Complete the form below to receive the latest headlines and analysts' recommendations for Textainer Group with our free daily email newsletter: