Compagnie Financière Richemont (OTCMKTS:CFRUY – Get Rating) had its price objective lifted by JPMorgan Chase & Co. from CHF 155 to CHF 160 in a research report released on Tuesday, The Fly reports.

Compagnie Financière Richemont SA engages in the luxury goods business in Europe, the Middle East, Africa, Asia, and the Americas. The company operates through Jewellery Maisons, Specialist Watchmakers, and Online Distributors segments. It designs, manufactures, and distributes jewelry products; and precision timepieces, watches, and writing instruments, as well as clothing, and leather goods and accessories. 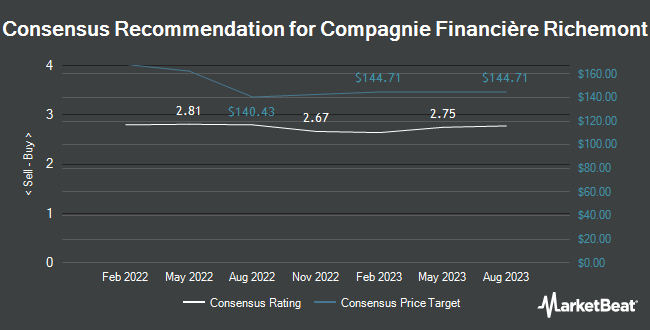 Complete the form below to receive the latest headlines and analysts' recommendations for Compagnie Financière Richemont with our free daily email newsletter: