Investment analysts at BNP Paribas assumed coverage on shares of Mondelez International (NASDAQ:MDLZ – Get Rating) in a research note issued on Tuesday, MarketBeat reports. The brokerage set a “neutral” rating and a $68.00 price target on the stock. BNP Paribas’ target price indicates a potential upside of 4.62% from the company’s previous close. 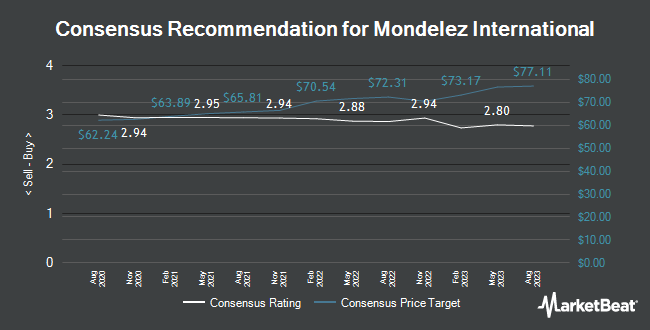