Swiss National Bank increased its position in Ritchie Bros. Auctioneers Incorporated (NYSE:RBA – Get Rating) (TSE:RBA) by 0.8% in the 2nd quarter, according to its most recent filing with the SEC. The fund owned 495,200 shares of the business services provider’s stock after purchasing an additional 4,100 shares during the period. Swiss National Bank owned 0.45% of Ritchie Bros. Auctioneers worth $32,161,000 at the end of the most recent quarter.

The firm also recently announced a quarterly dividend, which will be paid on Wednesday, December 14th. Shareholders of record on Wednesday, November 23rd will be issued a $0.27 dividend. The ex-dividend date of this dividend is Tuesday, November 22nd. This represents a $1.08 dividend on an annualized basis and a yield of 1.93%. Ritchie Bros. Auctioneers’s dividend payout ratio is currently 39.56%.

Want to see what other hedge funds are holding RBA? Visit HoldingsChannel.com to get the latest 13F filings and insider trades for Ritchie Bros. Auctioneers Incorporated (NYSE:RBA – Get Rating) (TSE:RBA). 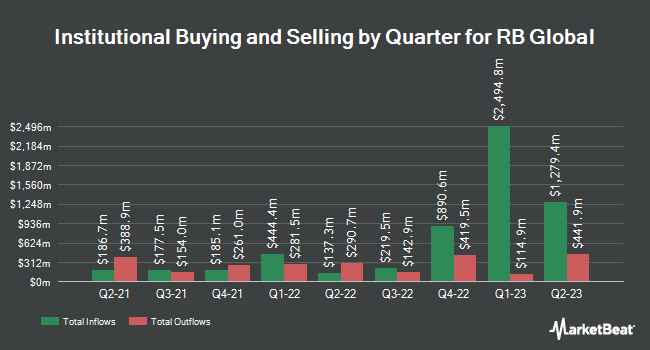