PDC Energy, Inc. (NASDAQ:PDCE – Get Rating) Director Lynn A. Peterson sold 7,000 shares of PDC Energy stock in a transaction on Tuesday, November 15th. The stock was sold at an average price of $80.12, for a total transaction of $560,840.00. Following the transaction, the director now directly owns 261,167 shares of the company’s stock, valued at $20,924,700.04. The transaction was disclosed in a legal filing with the Securities & Exchange Commission, which is available through the SEC website. 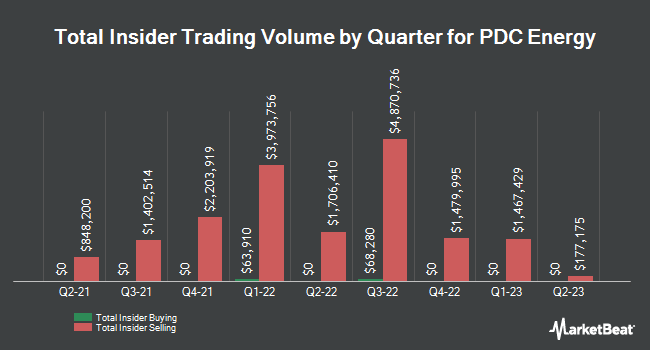