Aramark (NYSE:ARMK – Get Rating) had its price target hoisted by Deutsche Bank Aktiengesellschaft from $40.00 to $43.00 in a research report released on Wednesday morning, The Fly reports.

Aramark (NYSE:ARMK – Get Rating) last announced its earnings results on Tuesday, November 15th. The company reported $0.49 EPS for the quarter, hitting the consensus estimate of $0.49. The business had revenue of $4.39 billion for the quarter, compared to the consensus estimate of $4.11 billion. Aramark had a return on equity of 10.70% and a net margin of 1.19%. Aramark’s revenue was up 23.6% compared to the same quarter last year. During the same period in the previous year, the business earned $0.21 EPS. As a group, sell-side analysts predict that Aramark will post 1.9 EPS for the current fiscal year.

The firm also recently announced a quarterly dividend, which will be paid on Monday, December 5th. Shareholders of record on Tuesday, November 22nd will be given a dividend of $0.11 per share. This represents a $0.44 annualized dividend and a dividend yield of 1.08%. The ex-dividend date is Monday, November 21st. Aramark’s payout ratio is 57.90%. 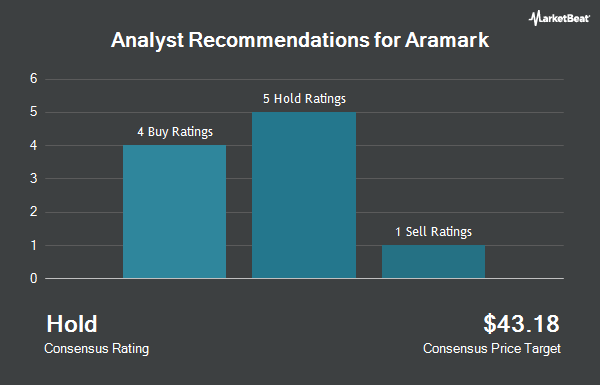