SalMar ASA (OTCMKTS:SALRF – Get Rating) had its target price cut by investment analysts at Barclays from 362.00 to 339.00 in a note issued to investors on Friday, The Fly reports.

SalMar ASA, an aquaculture company, produces and sells farmed salmon in Asia, the United States, Canada, Norway, rest of Europe, and internationally. It is involved in the broodfish, lumpfish, and smolt production activities; and marine-phase farming, harvesting, packaging, processing, and selling farmed salmon. 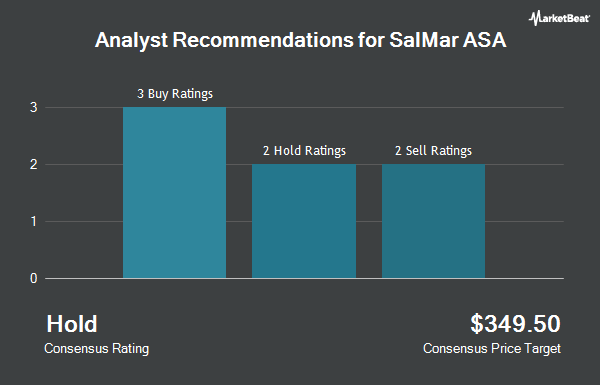 Complete the form below to receive the latest headlines and analysts' recommendations for SalMar ASA with our free daily email newsletter: