Texas Permanent School Fund increased its position in shares of SunPower Co. (NASDAQ:SPWR – Get Rating) by 2.5% during the second quarter, according to the company in its most recent disclosure with the Securities and Exchange Commission. The firm owned 60,319 shares of the semiconductor company’s stock after purchasing an additional 1,452 shares during the period. Texas Permanent School Fund’s holdings in SunPower were worth $954,000 at the end of the most recent reporting period.

SunPower Corporation, a solar technology and energy services provider, offers solar, storage, and home energy solutions to customers primarily in the United States and Canada. It operates through Residential, Light Commercial; Commercial and Industrial Solutions; and Others segments. The company provides solar, storage, and home energy solutions and components through a combination of its third-party installing and non-installing dealer network and resellers, as well as in-house sales team; and turn-key engineering, procurement, and construction services and sale of energy under power purchase agreements.

Want to see what other hedge funds are holding SPWR? Visit HoldingsChannel.com to get the latest 13F filings and insider trades for SunPower Co. (NASDAQ:SPWR – Get Rating). 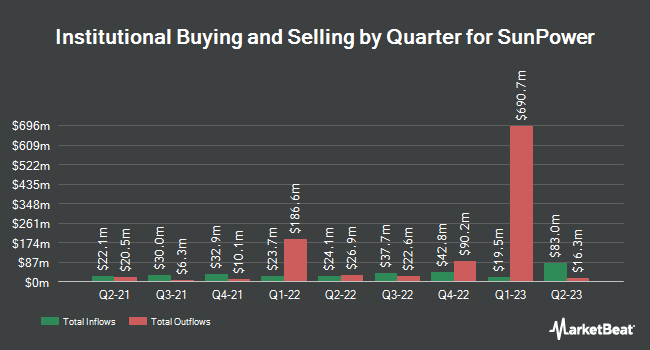 Receive News & Ratings for SunPower Daily - Enter your email address below to receive a concise daily summary of the latest news and analysts' ratings for SunPower and related companies with MarketBeat.com's FREE daily email newsletter.

Complete the form below to receive the latest headlines and analysts' recommendations for SunPower with our free daily email newsletter: