Baird Financial Group Inc. reduced its holdings in shares of Innoviva, Inc. (NASDAQ:INVA – Get Rating) by 29.0% in the second quarter, according to the company in its most recent 13F filing with the Securities and Exchange Commission (SEC). The firm owned 36,944 shares of the biotechnology company’s stock after selling 15,062 shares during the period. Baird Financial Group Inc. owned 0.05% of Innoviva worth $545,000 at the end of the most recent reporting period. 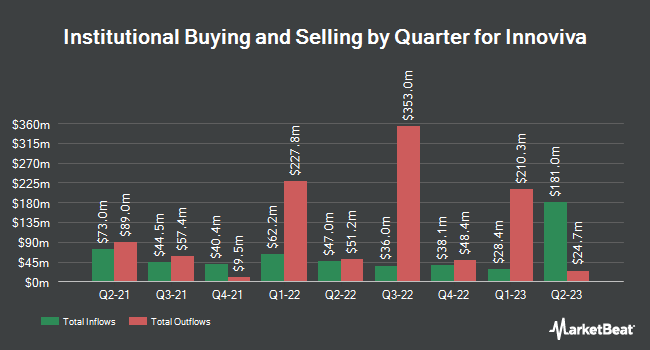 Receive News & Ratings for Innoviva Daily - Enter your email address below to receive a concise daily summary of the latest news and analysts' ratings for Innoviva and related companies with MarketBeat.com's FREE daily email newsletter.

US Solar Fund Trading Down 0.7%

Complete the form below to receive the latest headlines and analysts' recommendations for Innoviva with our free daily email newsletter: