Cibc World Market Inc. decreased its position in The Lion Electric Company (NYSE:LEV – Get Rating) by 5.8% in the 2nd quarter, according to its most recent filing with the Securities & Exchange Commission. The firm owned 217,683 shares of the company’s stock after selling 13,396 shares during the period. Cibc World Market Inc. owned approximately 0.11% of Lion Electric worth $916,000 at the end of the most recent quarter. 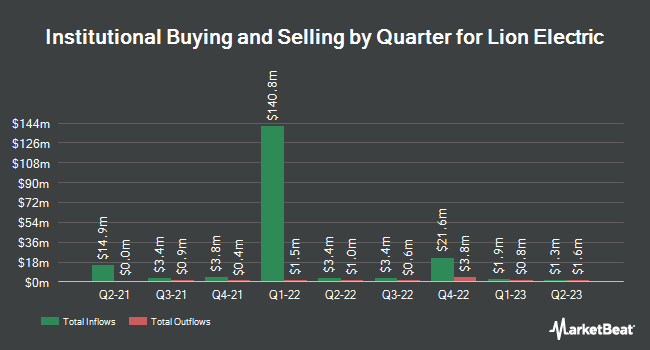