CPA has been the topic of a number of other reports. StockNews.com lowered Copa from a “buy” rating to a “hold” rating in a research report on Friday, November 11th. Barclays upped their price objective on Copa from $85.00 to $90.00 and gave the stock an “overweight” rating in a research note on Friday, August 5th. UBS Group raised shares of Copa from a “neutral” rating to a “buy” rating and boosted their price target for the company from $79.00 to $120.00 in a report on Thursday, October 27th. Finally, TheStreet raised shares of Copa from a “c+” rating to a “b” rating in a report on Wednesday, November 9th. Two equities research analysts have rated the stock with a hold rating, four have assigned a buy rating and one has issued a strong buy rating to the company. According to MarketBeat.com, the stock currently has a consensus rating of “Moderate Buy” and an average target price of $103.00.

Hedge Funds Weigh In On Copa 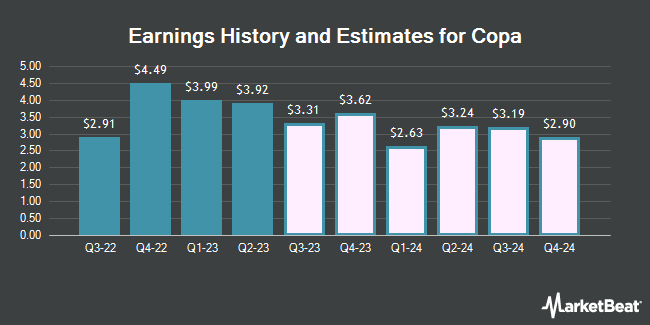