The firm also recently announced a quarterly dividend, which was paid on Wednesday, October 26th. Investors of record on Tuesday, October 11th were issued a dividend of $0.115 per share. The ex-dividend date was Friday, October 7th. This represents a $0.46 annualized dividend and a dividend yield of 0.79%. Micron Technology’s payout ratio is 5.95%. 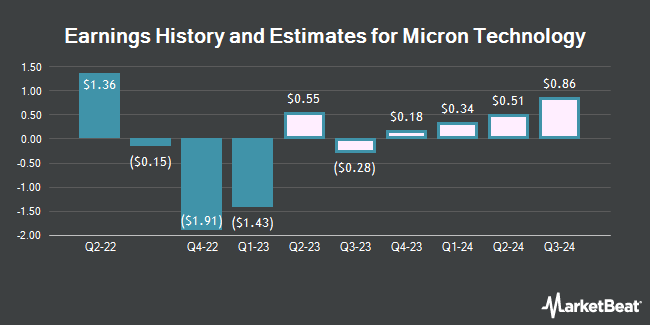 Sharecare Shares Gap Down to $2.07

XPeng PT Raised to $8.92 at Citigroup

Complete the form below to receive the latest headlines and analysts' recommendations for Micron Technology with our free daily email newsletter: