Shares of Ritchie Bros. Auctioneers Incorporated (NYSE:RBA – Get Rating) (TSE:RBA) have received an average recommendation of “Hold” from the twelve brokerages that are currently covering the stock, Marketbeat.com reports. One analyst has rated the stock with a sell recommendation, five have given a hold recommendation and four have assigned a buy recommendation to the company. The average twelve-month price objective among brokers that have updated their coverage on the stock in the last year is $60.13. 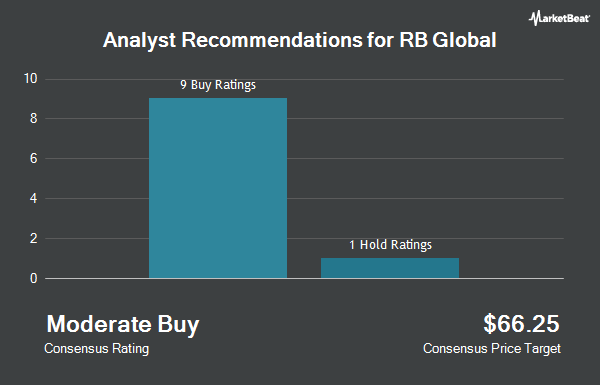