Pictet Asset Management SA bought a new stake in shares of Borr Drilling Limited (NYSE:BORR – Get Rating) in the second quarter, according to the company in its most recent Form 13F filing with the Securities and Exchange Commission (SEC). The institutional investor bought 71,472 shares of the company’s stock, valued at approximately $318,000.

Borr Drilling Limited operates as an offshore drilling contractor to the oil and gas industry worldwide. It owns, contracts, and operates jack-up rigs for operations in shallow-water areas, including the provision of related equipment and work crews to conduct oil and gas drilling and workover operations for exploration and production.

Want to see what other hedge funds are holding BORR? Visit HoldingsChannel.com to get the latest 13F filings and insider trades for Borr Drilling Limited (NYSE:BORR – Get Rating). 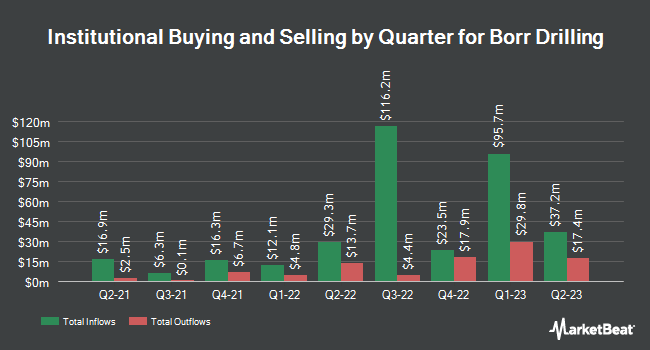 Complete the form below to receive the latest headlines and analysts' recommendations for Borr Drilling with our free daily email newsletter: