Swiss National Bank grew its stake in shares of Independent Bank Group, Inc. (NASDAQ:IBTX – Get Rating) by 5.1% during the second quarter, according to its most recent Form 13F filing with the Securities and Exchange Commission. The fund owned 90,622 shares of the bank’s stock after buying an additional 4,400 shares during the quarter. Swiss National Bank owned 0.22% of Independent Bank Group worth $6,154,000 at the end of the most recent quarter. 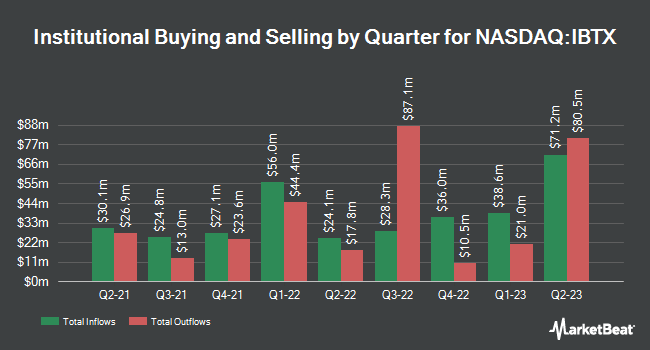