Bank of America upgraded shares of Warner Music Group (NASDAQ:WMG – Get Rating) from an underperform rating to a neutral rating in a research note published on Wednesday, MarketBeat.com reports. Bank of America currently has $33.00 price objective on the stock.

The company also recently announced a quarterly dividend, which will be paid on Thursday, December 1st. Investors of record on Tuesday, November 22nd will be given a dividend of $0.16 per share. This represents a $0.64 dividend on an annualized basis and a yield of 1.99%. The ex-dividend date of this dividend is Monday, November 21st. Warner Music Group’s dividend payout ratio (DPR) is presently 60.38%. 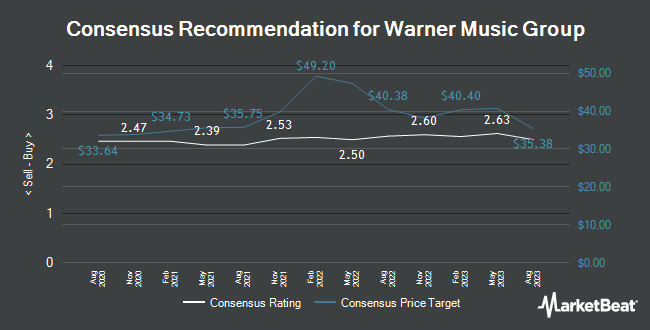