Shares of Associated British Foods plc (LON:ABF – Get Rating) have been assigned an average rating of “Hold” from the eight analysts that are presently covering the stock, Marketbeat.com reports. Six equities research analysts have rated the stock with a hold recommendation and two have assigned a buy recommendation to the company. The average twelve-month price objective among analysts that have updated their coverage on the stock in the last year is GBX 1,813.33 ($21.44).

The firm also recently disclosed a dividend, which will be paid on Friday, January 13th. Stockholders of record on Thursday, December 15th will be issued a dividend of GBX 29.90 ($0.35) per share. This is a boost from Associated British Foods’s previous dividend of $13.80. The ex-dividend date is Thursday, December 15th. This represents a dividend yield of 2.09%. Associated British Foods’s dividend payout ratio (DPR) is 30.00%. 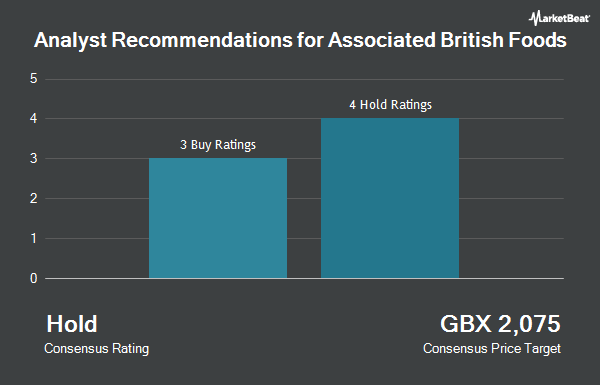