Swiss National Bank decreased its holdings in shares of Methanex Co. (NASDAQ:MEOH – Get Rating) (TSE:MX) by 7.9% during the second quarter, according to its most recent disclosure with the SEC. The fund owned 141,300 shares of the specialty chemicals company’s stock after selling 12,200 shares during the period. Swiss National Bank owned approximately 0.20% of Methanex worth $5,388,000 at the end of the most recent quarter. 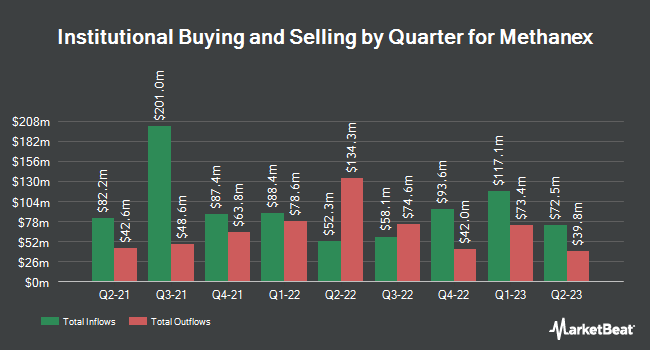