Hasbro (NASDAQ:HAS – Get Rating) last announced its quarterly earnings data on Tuesday, October 18th. The company reported $1.42 earnings per share (EPS) for the quarter, missing the consensus estimate of $1.53 by ($0.11). Hasbro had a return on equity of 19.90% and a net margin of 6.70%. The firm had revenue of $1.68 billion during the quarter, compared to the consensus estimate of $1.68 billion. During the same period in the previous year, the business earned $1.96 EPS. The firm’s revenue for the quarter was down 14.9% on a year-over-year basis. As a group, research analysts forecast that Hasbro will post 4.65 EPS for the current year.

Hedge Funds Weigh In On Hasbro 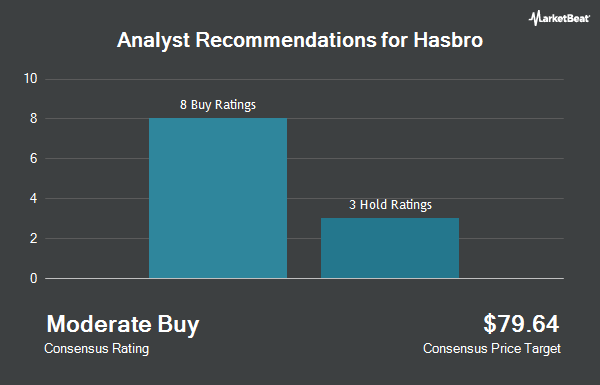