SeaWorld Entertainment (NYSE:SEAS – Get Rating) had its price target lifted by Citigroup from $59.00 to $60.00 in a report released on Monday, The Fly reports. Citigroup currently has a neutral rating on the stock.

In related news, CEO Marc Swanson sold 4,000 shares of SeaWorld Entertainment stock in a transaction that occurred on Thursday, October 13th. The stock was sold at an average price of $48.75, for a total transaction of $195,000.00. Following the transaction, the chief executive officer now owns 162,129 shares of the company’s stock, valued at $7,903,788.75. The sale was disclosed in a legal filing with the SEC, which can be accessed through this link. Insiders own 1.00% of the company’s stock.

SeaWorld Entertainment, Inc, together with its subsidiaries, operates as a theme park and entertainment company in the United States. The company operates SeaWorld theme parks in Orlando, Florida; San Antonio, Texas; and San Diego, California, as well as Busch Gardens theme parks in Tampa, Florida, and Williamsburg, Virginia. 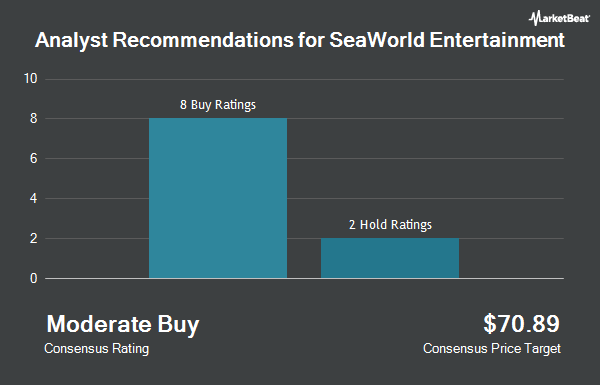