British American Tobacco (LON:BATS – Get Rating) has been given a GBX 4,000 ($48.73) target price by equities research analysts at JPMorgan Chase & Co. in a note issued to investors on Wednesday, Borsen Zeitung reports. JPMorgan Chase & Co.‘s price target indicates a potential upside of 26.08% from the company’s previous close. 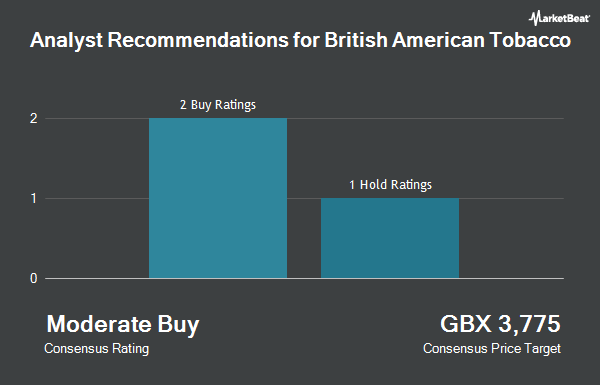