Raymond James Financial Services Advisors Inc. decreased its holdings in Vodafone Group Public Limited (NASDAQ:VOD – Get Rating) by 13.1% during the third quarter, according to the company in its most recent disclosure with the Securities and Exchange Commission. The fund owned 334,744 shares of the cell phone carrier’s stock after selling 50,514 shares during the quarter. Raymond James Financial Services Advisors Inc.’s holdings in Vodafone Group Public were worth $3,793,000 at the end of the most recent reporting period.

The company also recently disclosed a semi-annual dividend, which will be paid on Friday, February 3rd. Stockholders of record on Friday, November 25th will be issued a $0.4483 dividend. The ex-dividend date is Wednesday, November 23rd. This represents a dividend yield of 7.6%. 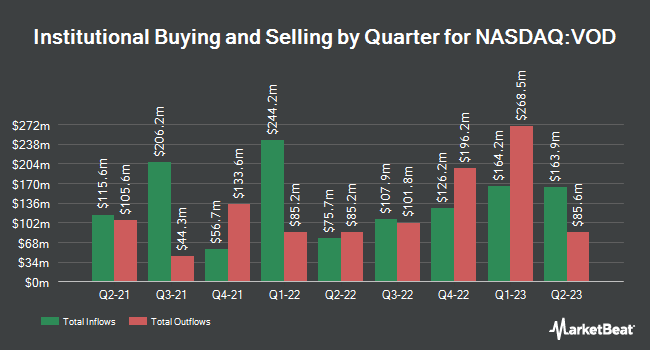