Insmed Incorporated (NASDAQ:INSM – Get Rating) COO Roger Adsett sold 3,194 shares of the stock in a transaction that occurred on Tuesday, January 10th. The shares were sold at an average price of $17.99, for a total transaction of $57,460.06. Following the sale, the chief operating officer now directly owns 135,487 shares of the company’s stock, valued at $2,437,411.13. The sale was disclosed in a document filed with the SEC, which is available through this link.

Insmed (NASDAQ:INSM – Get Rating) last announced its quarterly earnings data on Thursday, October 27th. The biopharmaceutical company reported ($1.09) earnings per share for the quarter, missing analysts’ consensus estimates of ($0.89) by ($0.20). The company had revenue of $67.73 million for the quarter, compared to the consensus estimate of $68.02 million. Insmed had a negative net margin of 179.37% and a negative return on equity of 319.03%. Analysts predict that Insmed Incorporated will post -3.65 earnings per share for the current year.

Institutional Investors Weigh In On Insmed 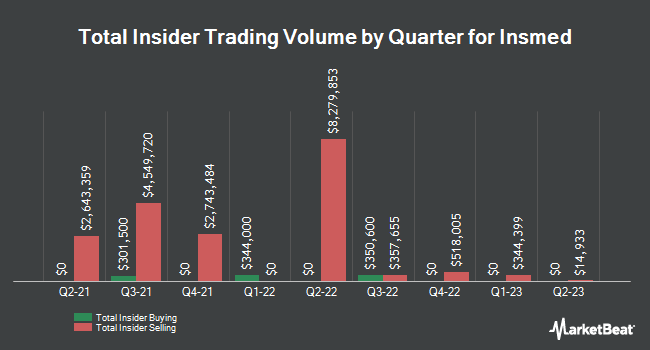