Rio Tinto Group (LON:RIO – Get Rating) has been assigned a GBX 6,700 ($81.63) price target by research analysts at Berenberg Bank in a research report issued on Thursday, Borsen Zeitung reports. Berenberg Bank’s price objective would suggest a potential upside of 7.73% from the stock’s previous close. 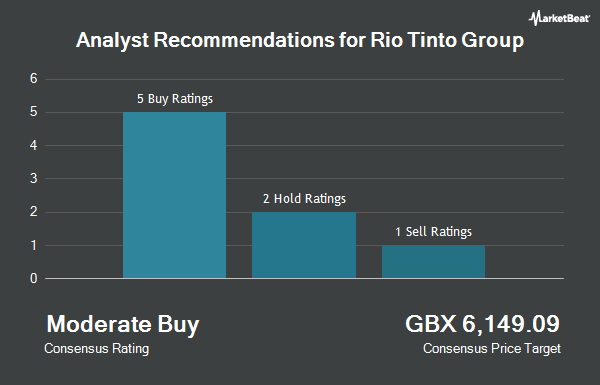