In other BJ’s Restaurants news, VP Christopher P. Pinsak sold 3,212 shares of the stock in a transaction on Thursday, November 17th. The stock was sold at an average price of $31.92, for a total transaction of $102,527.04. Following the sale, the vice president now owns 3,952 shares in the company, valued at approximately $126,147.84. The sale was disclosed in a legal filing with the SEC, which is available through this link. 3.80% of the stock is owned by insiders.

BJ’s Restaurants (NASDAQ:BJRI – Get Rating) last issued its earnings results on Thursday, October 20th. The restaurant operator reported ($0.25) earnings per share (EPS) for the quarter, topping analysts’ consensus estimates of ($0.28) by $0.03. The business had revenue of $311.35 million during the quarter, compared to the consensus estimate of $304.02 million. BJ’s Restaurants had a negative return on equity of 1.91% and a negative net margin of 0.37%. On average, equities analysts forecast that BJ’s Restaurants will post 0.09 EPS for the current year. 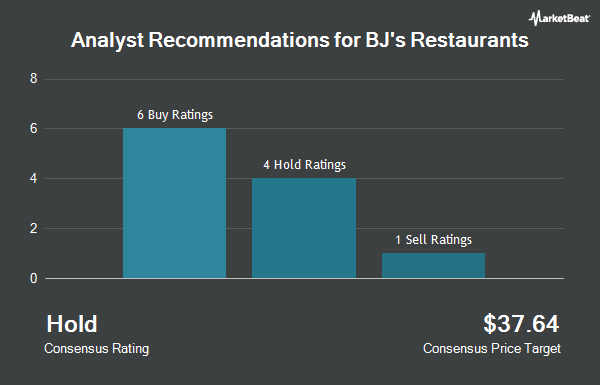 Fortinet to Release Earnings on Tuesday