Franco-Nevada (TSE:FNV – Get Rating) (NYSE:FNV) had its target price lifted by National Bankshares from C$190.00 to C$200.00 in a research report issued to clients and investors on Friday, BayStreet.CA reports. The brokerage currently has a “sector perform” rating on the stock. National Bankshares’ price target points to a potential upside of 1.79% from the company’s previous close.

Franco-Nevada (TSE:FNV – Get Rating) (NYSE:FNV) last released its quarterly earnings results on Monday, November 7th. The company reported C$1.08 EPS for the quarter, missing analysts’ consensus estimates of C$1.12 by C($0.04). The business had revenue of C$396.93 million during the quarter. As a group, research analysts predict that Franco-Nevada will post 5.0300002 earnings per share for the current year. 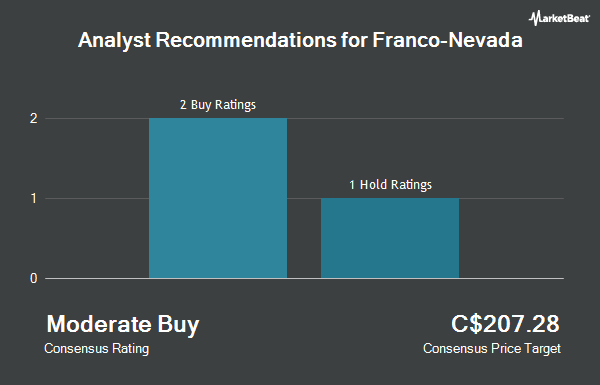