State of Alaska Department of Revenue Has $377,000 Stock Position in LivaNova PLC (NASDAQ:LIVN)

State of Alaska Department of Revenue trimmed its holdings in shares of LivaNova PLC (NASDAQ:LIVN – Get Rating) by 3.1% during the 3rd quarter, according to its most recent disclosure with the Securities and Exchange Commission. The firm owned 7,431 shares of the company’s stock after selling 235 shares during the period. State of Alaska Department of Revenue’s holdings in LivaNova were worth $377,000 as of its most recent filing with the Securities and Exchange Commission.

LivaNova (NASDAQ:LIVN – Get Rating) last announced its earnings results on Wednesday, November 2nd. The company reported $0.58 earnings per share for the quarter, beating the consensus estimate of $0.57 by $0.01. LivaNova had a positive return on equity of 9.28% and a negative net margin of 9.14%. The firm had revenue of $252.60 million during the quarter, compared to the consensus estimate of $246.53 million. As a group, equities research analysts forecast that LivaNova PLC will post 1.73 earnings per share for the current fiscal year.

In related news, CEO Damien Mcdonald sold 2,220 shares of the stock in a transaction that occurred on Thursday, December 15th. The stock was sold at an average price of $54.56, for a total transaction of $121,123.20. Following the completion of the sale, the chief executive officer now owns 83,749 shares in the company, valued at approximately $4,569,345.44. The sale was disclosed in a filing with the SEC, which is available through the SEC website. 0.38% of the stock is owned by corporate insiders. 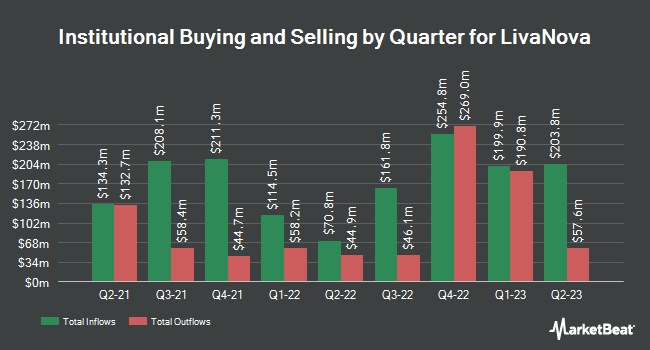