Strs Ohio boosted its stake in Delek US Holdings, Inc. (NYSE:DK – Get Rating) by 5.7% during the 3rd quarter, according to the company in its most recent disclosure with the SEC. The firm owned 37,100 shares of the oil and gas company’s stock after acquiring an additional 2,000 shares during the period. Strs Ohio owned 0.05% of Delek US worth $1,006,000 as of its most recent filing with the SEC.

Delek US (NYSE:DK – Get Rating) last released its earnings results on Monday, November 7th. The oil and gas company reported $0.02 earnings per share for the quarter, missing the consensus estimate of $0.31 by ($0.29). The business had revenue of $5.32 billion for the quarter, compared to the consensus estimate of $4.07 billion. Delek US had a return on equity of 27.61% and a net margin of 1.77%. On average, analysts predict that Delek US Holdings, Inc. will post 6.21 earnings per share for the current year.

The company also recently announced a quarterly dividend, which was paid on Friday, December 2nd. Shareholders of record on Friday, November 18th were issued a $0.21 dividend. The ex-dividend date was Thursday, November 17th. This is an increase from Delek US’s previous quarterly dividend of $0.20. This represents a $0.84 dividend on an annualized basis and a yield of 3.35%. Delek US’s payout ratio is currently 17.99%. 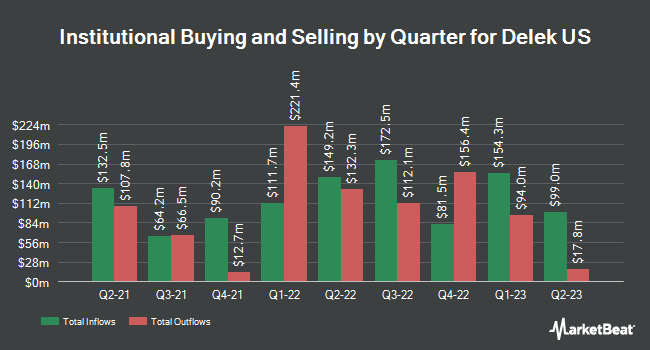