Cambridge Investment Research Advisors Inc. lifted its holdings in Lloyds Banking Group plc (NYSE:LYG – Get Rating) by 10.8% during the 3rd quarter, according to its most recent filing with the Securities and Exchange Commission (SEC). The institutional investor owned 105,774 shares of the financial services provider’s stock after acquiring an additional 10,281 shares during the quarter. Cambridge Investment Research Advisors Inc.’s holdings in Lloyds Banking Group were worth $189,000 at the end of the most recent reporting period. 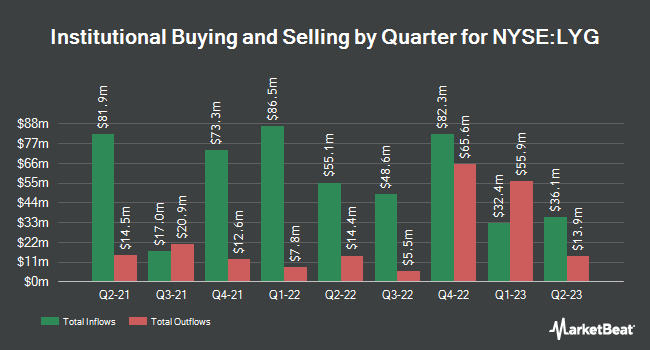